We analyzed 5-10 years of housing data to uncover the best landed property districts that are a great store of wealth.
Return to Blog 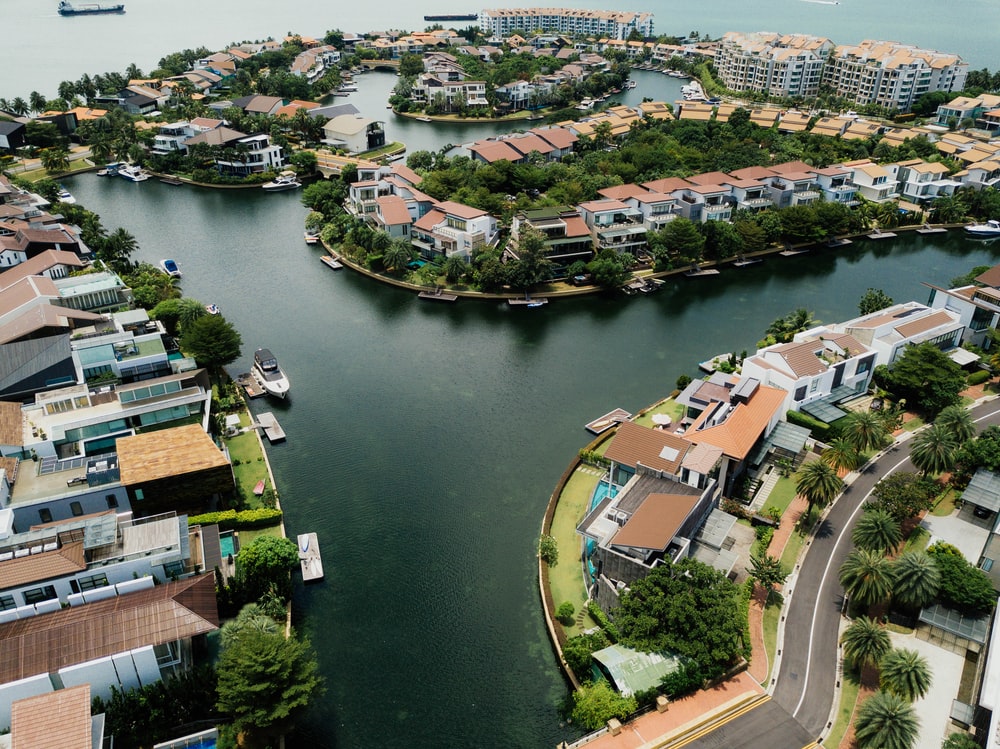 There are several factors to consider when purchasing a house. What makes landed residential properties so unique in Singapore, with the wide variety of housing types in Singapore?

The answer: Location, location, and location. Because it's what affects and influences a real estate property's future worth, location matters more than appearance.

Though residential houses are a significant investment, they are a necessity. When purchasing a home, it is crucial to keep in mind that it is more than simply a place to stay; it is also an investment. So why should you buy landed property?

Be sure to read on to find out our complete analysis on the top district for landed properties in Singapore!

Why Invest In Landed Property?

Because there is only a limited quantity of land in Singapore, investing in landed property is one of the best ways to preserve wealth. This is due to rising demand for room and property, which means that land properties will likely become scarce.

Soon, Singapore's land market will be increasingly barren. Because land is more uncommon, owners will undoubtedly cling to these precious assets since, as a general rule in economics, greater demand and lower supply drive up prices. Hence, the future price of landed houses is almost certain to rise — and of course, there will be a greater capital gain in the future.

After all, there are only 73,263 houses in Singapore as of the end of 2Q2021, compared to a total of 340,283 non-landed units (apartments, condominiums, and executive condominiums). Meanwhile, there are 1.08 million HDB flats available when measured with data from HDB.

Joanne Ong, Key Executive Officer at WTG Property, notes: "In Singapore, just 5% of the population lives in property that has been bought and developed. Given that foreign purchasers are only permitted to purchase landed properties after approval by the Land Dealings Approval Unit, most of them are Singaporeans or new citizens. Furthermore, because landed property is a lot more expensive, there is less speculation and hence reduced unwanted volatility"

Before we discuss the top 5 landed property areas in Singapore, we thought it would be it's important to first examine the highs and lows surrounding landed housing growth from 2001 to 2021.

2021: The average price was $1,375 psf, and despite the Covid pandemic's dampening effect on general sentiment, as of late, residential real estate — specifically, landed property — has been heating up. Despite the lack of stock available, transaction volume is likely remain high due to the strong demand. With a shortage of available housing on sale, prices might rise dramatically.

2008: The year of the subprime mortgage crisis, which shook global financial markets. Despite a 61% drop in transactions to 2,145 units, average prices stubbornly crept up by just $66 psf (according to EdgeProp Singapore data). It's reasonable to assume that most landed property owners have strong holding power and simply respond by removing their property off the market.

2013: In 2013, transaction volume fell by 68% to 1,382 units. In addition, average price plateaued at $1,234 psf throughout this period. This was caused by three property cooling measures that were implemented:

Our Analysis of the Top 5 Districts

Now that we've sufficiently set the background context of recent rises and falls in the landed property market, let's move on to what you've been waiting for — the top 5 landed property districts in Singapore.

First, a crucial question before we begin: how exactly did we define "best"?

Well, if we're examining landed housing as prospective investments, we'll choose them based on their lucrative value. We scraped data from the URA's database of Private Residential Property Transactions in order to assess whether the price appreciation trends from March 2017 to March 2022 demonstrate substantial and/or consistent price appreciation of landed property.

Alongside analysis of the prestige and maturity of location, this article is written in the hopes of helping home buyers narrow down their ideal landed property — to determine if this landed home is worth the purchase with consideration of both its present and future value.

a) We only examined freehold properties.

Because there are no expiry dates on the land, house prices tend to appreciate faster. As a result, the value of landed property is more likely to be sustained over time.

b) We did not examine strata-titled property.

Sub-strata properties would make for a very messy common ground, so we decided to restrict it to this benchmark for a more common baseline.

c) We did not examine new or sub sales.

This is because most landed properties and their transactions are for resale properties.

We will be examining residential property according to districts — if you are unsure of which location corresponds to which part of Singapore, you can check out this map.

We evaluated each district's transaction price from March 2017 to March 2022, then averaged them out by year. Looking at price appreciation, we thus narrowed down 5 top landed property residential areas (in no particular order) that are worth your attention.

If all these graphs are too overwhelming, we've consolidated the data in one graph at the end, so read on to find out!

Everybody knows that the cost of living in Singapore is no small amount, and District 9 is the pinnacle of this. As the zenith of Singapore's shopping and luxury district, it is a haven for millionaire homeowners from all over the world.

Because of its high social standing, District 9 offers a lucrative investment opportunity – as well as being one of Singapore's most attractively-located areas in the central region. All in all, District 9 epitomises great real estate value, due to its accessible location in central Singapore, along with its luxurious reputation.

Chock full of landed housing, District 10 is the real estate dream for many a Singaporean. With specific zones for Good Class Bungalow in the bungalow enclaves of Nassim, Ladyhill, Rochalie, Bishopsgate, and Chatsworth areas, District's 10's prestige is evident in its steady appreciation rate over the past 5 years.

Plus, with reputable schools like Raffles Girls Primary School and Nanyang Primary School to boot, these landed homes with nearby schools are especially attractive to families with younger children.

District 11, which is served by the North-South MRT line at Novena MRT Station and Newton MRT Station, is located in the heart of Singapore's city. This location, coupled with the abundance of nearby amenities and facilities, make District 11 a very popular residential district.

Furthermore, District 11 is home to reputable educational institutions like Singapore Chinese Girls' School and Hwa Chong Junior College. With its multitude of recreational activities and many amenities like Novena Square Shopping Mall and hospitals, it is certain to fulfill the demands of day-to-day living and desires of people in District 11.

District 13 is located in the Rest of Central Region (RCR) and just outside the Core Central Region (CCR) districts 9, 10, and 11. Despite costing less than properties in CCR, it holds a reputation for housing high-end bungalows.

With recent expansion of the MRT lines, District 13 becomes more appealing, since it is now more affordable without sacrificing accessibility. This is especially appealing to people who seek a work-life balance.

Despite the minor drop in cost psf from 2021 to March 2022, District 13 has a more stable transacted price psf, as demonstrated by the lower steepness of the general trend. Take note: this may be a district to explore if you're concerned about pricing and want the value of your future property value to appreciate.

As Singapore has become more modernised, its heritage has undeniably become diluted. However, Singapore's historic district aptly illustrates how Singapore has achieved a stylistic balance between the old and new.

Each structure in District 15 has a backstory of its own, evoking memories of bygone days. This is what sets District 15 apart from other areas such as Districts 9, 10, 11, and 13, which are home to historical relics that survived World War II.

The mature district is classified as an RCR due to its close proximity to the Central Business District. Plus, Tao Nan School and CHIJ Katong Primary School are two reputable institutions located in this established area. For families who want to have a work-life balance, this is your best bet.

The overall price appreciation shows there is a likelihood for freehold landed properties within this district to appreciate in market value. Investors looking to purchase property, do consider investing in the up-and-coming District 15.

Overall, we see that the most lucrative landed properties lie in District 9. Most districts have steadily appreciated over the years, with most properties carrying more cost per square foot in March 2022 than 2017. The only exception is District 13, which peaked in 2021 - however, it is still Q1 of 2022, so we would advise continuing to carefully monitor the market.

If you were to calculate the growth rate (gradient), both District 9 and District 15 experienced the greatest jump in value from 2021 to March 2022, so we would recommend you set your sights on those too.

Ultimately, only time will tell which districts will be most "worth" in the long run, but we hope this article has given you a good gauge of which landed properties are worth keeping your eye on in the near future.

Curious to know who lives on Nassim Road? And are these renowned, almost mythical-status houses so widely whispered about really as grand as they sound? Peek inside the world of Singapore’s wealthiest and most elite!

Interested in knowing more about Singapore Good Class Bungalows (GCBs)? Read on to find out what exactly a GCB is and more.