Interested in knowing more about Singapore Good Class Bungalows (GCBs)? Read on to find out what exactly a GCB is and more.
Return to Blog 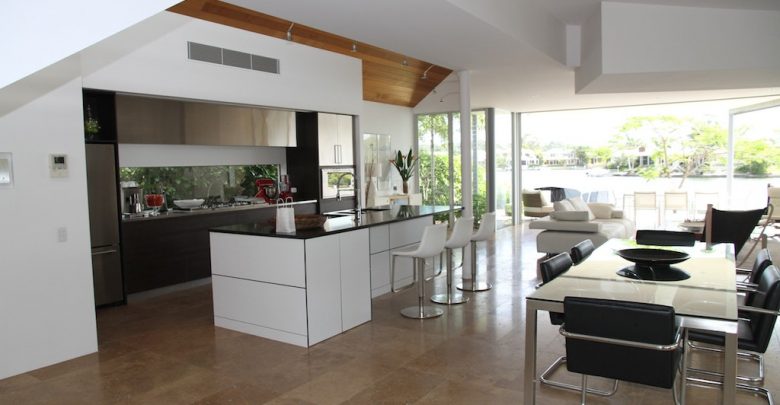 Unless you fall under the top 1% minority of Singaporeans, you’re probably not reading this article to buy Good Class Bungalows (GCB) any time soon.

GCBs have long been considered a prime status symbol, with most home owners being the wealthiest of upperclassmen. This type of expensive and rare landed property is among, if not the most, high-class and prominent properties, residing at the highest end of Singapore’s real estate market.

Having achieved an almost legendary status, you’ve probably heard the gossip before: that Good Class Bungalow values never fall, only rise, and that only those bleeding gold can afford one.

Despite these, Singapore’s property market has recently experienced a recent uptick in Good Class Bungalow sales. Thus, as Good Class Bungalows go on the real estate rise, we decided to put together a comprehensive article detailing the ins and outs of GCBs to satisfy your curiosity. You can thank us later!

What is a Good Class Bungalow? What planning restrictions are there?

To qualify as a Good Class Bungalow, a property must have a minimum plot size of 1,400 square metres (approximately 15,070 square feet), and the bungalow itself cannot be more than two storeys high. Of course, this doesn’t apply to attics and basements, so there’s still plenty of room to install amenities.

This is already a hefty requirement, but there’s more still: the bungalow itself cannot occupy more than 35-40% of the Good Class Bungalow land plot.

Additionally, there is a small subset of Good Class Bungalows considered specially conserved bungalows (e.g. black-and-white houses), of which there are only 65 in the entirety of Singapore. These property owners cannot change the appearance of their bungalows, and any changes (e.g. renovation, expansion) must be approved by the government, who typically own and rent out these properties.

These all explain why GCBs go at much higher prices compared to other landed properties or landed homes — the land area and rich heritage elevates them above other types of houses.

Where are Good Class Bungalow estates in Singapore?

Of course, these are all prime residential locations, which contribute to the elite exclusivity surrounding Good Class Bungalows.

We put together a list of Good Class Bungalow areas below for you to check out.

Who can own Good Class Bungalows in Singapore?

This law presumably prevents foreigners from accumulating freehold land without special approval by the Singapore Land Authority Land Dealings Approval Unit (LDAU), and thus avoids undue speculation, which would greatly inflate the prices of Good Class Bungalows (well, more than they already are).

However, exceptions have been made for non-Singaporeans who have made exceptional economic contributions. For example, Robert Kuok’s Malaysian daughter (and Singaporean PR) acquired a Good Class Bungalow along Belmont Road for $43.5 million in 2018.

(Word on the street is that Malaysian PRs tend to have a much better shot than other PRs or foreigners in securing BCGs, by the way, so do with that information what you will.)

How many Good Class Bungalows are there in Singapore?

There are approximately around 2,800 GCB plots in Singapore. However, this is merely a rough estimate, as Good Class Bungalow plots can be sub-divided; so long as the resulting land area of the separate GCB plots are still minimally 1,400 square metres, the divided areas will still be considered a Good Class Bungalow.

Why are Good Class Bungalows so popular?

It’s pretty obvious, isn’t it? The luxurious, sufficient greenery, the large land space, the potential for lots of amenities and installations…Good Class Bungalows are unique in that no other landed housing can offer as much privacy, freedom, or scenery.

You won’t be suffering from noisy neighbours or roaring traffic — Good Class Bungalows are situated in mega-low density zones — and of course, the fact that they serve as a key status symbol is a bonus too.

From a more economic standpoint, GCBs are recognised as a good store of wealth given their rarity, and typically appreciate over time. This is because Singapore’s supply of GCB land will never increase, making it near impossible for their value to fall.

The Sino-US trade war from 2017 to 2018 actually boosted GCB sales, with the total value of GCB deals in Singapore rising 16% from $886 million to $1.03 billion. GCBs are well known as good assets of values, holding firm even in times of downturn, and are likely to be passed as heirlooms through the generations.

GCBs are rarely sold, and typically only occur when significant profit can be gained from selling the property, or when children grow up, move out, and thus have no need for the plot anymore. A GCB at Jervois Hill was sold in 2019 for this exact reason.

Where are the cheapest and the most expensive Good Class Bungalows?

It’s difficult to say for sure, as each GCB is so unique and distinct that the sales of two separate GCBs in the same district can differ by $10 million.

However, if we’re looking at the most expensive, Nassim Road in District 10 is a clear front-runner. Wing Tai Holdings chairman Cheng Wai Keung once sold a GCB for an eye-watering $230 million! And more recently, along 40 Nassim Road, a GCB was sold for a staggering profit of $175 million. These are hefty numbers we’re dealing with, folks.

On the flipside, a GCB (also in District 10) along Dalvey Road only sold for $92.9 million. The pricing system and market model for GCBs differs largely from other properties, as there are so few GCBs that transactions don’t often take place.

Other notable purchases include James Dyson, who acquired a GCB along the Botanic Gardens area after setting up a Dyson factory in Singapore, and Zhang Yong, founder of the HaiDiLao steamboat chain, acquiring a Gallop Road bungalow after obtaining Singapore citizenship.

To add on to the slew of purchases, Head of Yun Nam Hair Care Andy Chua purchased a GCB at Brizay Park (the Old Holland Road area) in 2016 for $33 million; meanwhile, family member of Charles and Keith purchased a Chatsworth Road bungalow in 2017 for $20 million. While these numbers are nowhere near the higher end, they’re still whopping figures.

How will COVID-19/an economic downturn impact the GCB market?

GCBs tend to appreciate over time, against all odds, even in a downturn. Investors may turn to real estate, especially exclusive properties like GCBs, to store their wealth, instead of more volatile means like bonds or stocks.

GCB sales also rarely happen; due to their scarcity and embedded heritage, their ownership rarely changes hands, and owners often pass them down as heirlooms to future generations. GCBs are unlikely to fall significantly below market value when the only people who can purchase them are the mega-wealthy, where this sort of property is considered affordable.

Post Global Financial Crisis in 2008, the GCB market experienced an uptick in prices, and this is to be expected in the wake of COVID-19 as well.

According to Stuart: “The GCB market emerged from the Global Financial Crisis with prices nary correcting and moving upward instead. Despite COVID, the increasing influx of top-tier talents from around the world will be migrating to and making Singapore their homes. As such, I see prices staying resilient and not facing any tremendous downside pressures. This category of home owners is unlikely to face financial stress due to their wide-ranging portfolios and access to liquidity.”

Capital Gains on GCBs and the Potential for Taxes

In most cases, the Inland Revenue Authority of Singapore (IRAS) will not impose taxes on properties or capital gains in Singapore.

But it’s pretty self-evident that the capital gains from selling GCBs in Singapore can be staggering. A prime example is Madam Chong (also known as the “Queen of Leedon Park”), who sold her Leedon Road Bungalow in 2018 and realised a capital gain of $39.8 million.

This explains why the IRAS is stricter on individuals who flip and dabble in Good Class Bungalows for profit.

A recent case includes a wealthy couple who appealed IRAS’s tax decision to their profits made from selling properties. Within just 3 years, the couple made $16 million from selling GCBs in Wilby Road, Brizay Park, and Garlick Avenue.

However, the IRAS deemed that the couple was trading properties for profit, given not just the frequency of their transactions, but also the short holding periods for their properties. Though they tried to appeal through saying these properties were originally bought for family use but were later found unsuitable, these claims were outrightly rejected. This means that IRAS treated their profits as income earned – which is taxable – as opposed to non-taxable capital gains.

These 8 key facts should have helped you better understand why GCBs have achieved such legendary status, and why they will continue to hold people’s attention in the years to come. With their cultural and natural heritage, they play an integral part in Singapore history, and are captivating to understand and admire from afar.

Hopefully this article has helped you get a better understanding into the world of GCBs — and who knows? One day, you just may be the proud owner of a Good Class Bungalow too!

Interested to learn more? We have advised many clients on Good Class Bungalows successfully and hope to do the same for you!

Curious to know who lives on Nassim Road? And are these renowned, almost mythical-status houses so widely whispered about really as grand as they sound? Peek inside the world of Singapore’s wealthiest and most elite!

We analyzed 5-10 years of housing data to uncover the best landed property districts that are a great store of wealth.