Curious to know who lives on Nassim Road? And are these renowned, almost mythical-status houses so widely whispered about really as grand as they sound? Peek inside the world of Singapore’s wealthiest and most elite!
Return to Blog 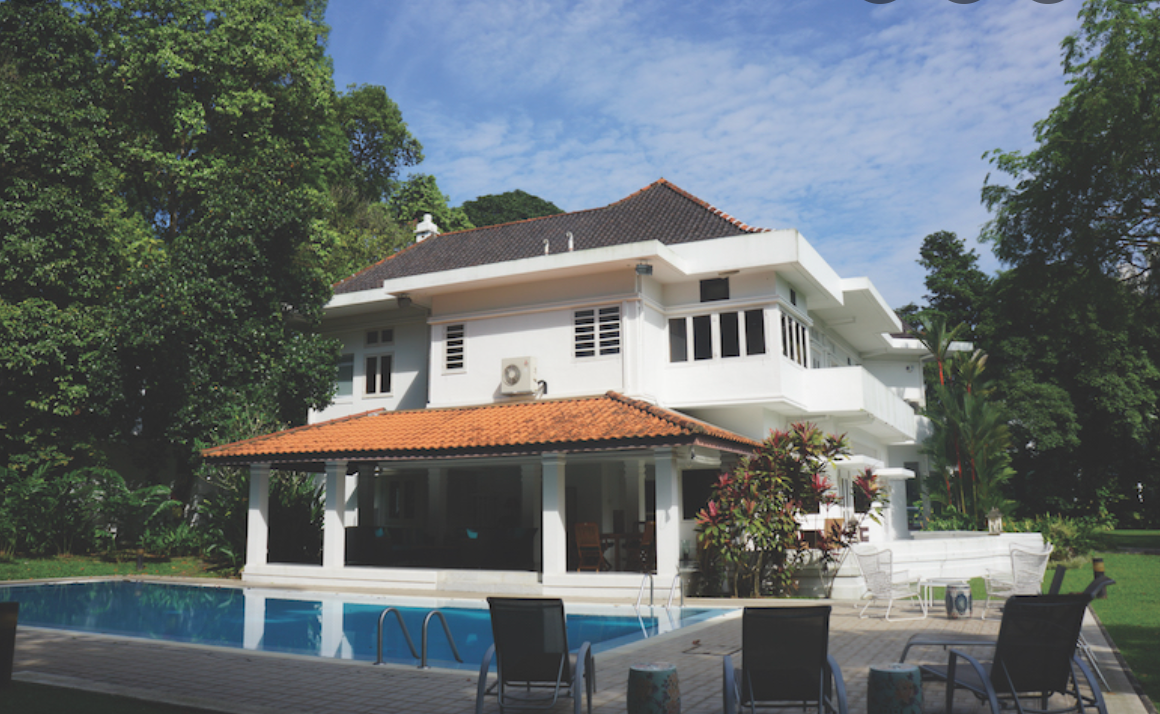 Curious to know who lives on Nassim Road? And are these renowned, almost mythical-status houses so widely whispered about really as grand as they sound? Keep scrolling for a peek inside the world of Singapore’s wealthiest and most elite!

Not sure what a good class bungalow is? You can check out our article here for a peek inside homes of some of the wealthiest in Singapore - Good Class Bungalows in Singapore - 12 Key Facts You Should Know

A Brief Introduction to Nassim Road

Beginning from where it intersects with Tanglin Road, to its ending point at Singapore Botanic Gardens, Nassim Road is just under a mile long, and is a lush, foliage-dense street that belongs to some of Singapore’s most wealthy.

With heaps of trees planted along the sidewalks to muffle noise from the city’s shopping district (Orchard Road), you’ll mainly hear the hum of engines as Porsches, Range Rovers, Audis, and Mercedes pull out of their gilded driveways.

All the mansions along Nassim Road qualify as good class bungalows – arguably the most coveted type of landed property in Singapore – though you’ll be hard pressed to find a clear photo of them. Most of the bungalows’ driveways are densely packed with foliage and trees, which obscures views of the houses and makes it incredibly rare for hopeful photographers to catch a glimpse or two of any housing or architecture, let alone the people within.

This is not surprising, though, especially since most residents along Nassim Road are either famous or wealthy (or both) and likely crave privacy and time away from hustle and bustle.

According to Joanne Ong, Key Executive Officer at WTG, "For most Singaporeans, Nassim is a brand name on its own. The Nassim address itself commands a big premium. If you have the opportunity to own a piece of land there, it's something that you can expect to pass down for generations to come."

So… what’s the big deal, exactly?

Okay, we hear you. “What’s all the fuss about Nassim Road?”

In land-scarce Singapore, large plots of land are already hard (and very expensive!) to come by. But Nassim Road sets itself above the rest with not just its land, but the secluded, private nature of its neighbourhood and the limited number of properties along this conveniently-located stretch have consistently contributed to the skyrocketing of prices here.

Ask any real estate agent, and they’ll tell you the words “Nassim Road” alone can command a premium. I mean, come on. A plot of land at your disposal, surrounded by lush flora and fauna, with heaps of space to park your designer cars, install amenities of all kinds (are good class bungalows really good class if they don’t have a home cinema, a home jacuzzi, a dive pool, a suntanning deck….and more?) … that’s pretty much asking for the apex of residence in Singapore.

But we’re not all bark and no bite. What’s the point of waxing lyrical about this mythical stretch of mansion in Singapore if we aren’t going to present you with the facts? So here are the cold, hard numbers about Nassim Road’s most famous transactions.

Did you know that the Royal Embassy of Saudi Arabia used to be situated along this very street! Of course, today, the actual Royal Embassy is located along Orchard Road – but you’ll still find the original abandoned building there, and the sprawling land area of 13,839 sq ft (comprised of three conjoined plot spaces!) is on the market for a whopping $175 million. Hold onto your seatbelts, folks, we’re dealing with stratospheric numbers here.

Among other embassies, other high-security buildings sitting on this road include the Embassy of Philippines, Japan, and Russia – a severe, grey, brutalist-style number with a large sign forbidding visitors to take photographs.

Jin Xiao Quin, wife of Singaporean tech entrepreneur Shi Xu (the founder of Nanofilm Technologies International – does that ring a bell?) purchased a bungalow for $96 million.

And on top of that, she likely had to fork out an extra $20 million for renovations and refurbishing work. Buyers along Nassim Road really do go the extra mile to ‘zhng’ up their homes, showing just how sought after Nassim Road’s mansions can be.

In the summer of 2019, a bungalow off Nassim Road was sold for $170 million. Though the buyer was never made known to the public, rumour has it that Facebook co-founder and billionaire Eduardo Saverin was behind the purchase.

Last but not least, we can’t forget about Arwaa Mansion. Sitting on a staggering plot of 110,000 sq ft, this property behemoth is the result of combining two properties and is as large as 92 (!!!) five-room HDB flats combined. This is, without a doubt, Singapore’s most expensive property! Perched atop a hill, guaranteeing the owner complete privacy and exclusivity, this one is worth a whopping $120 million. It is owned by Prince Jefri Bolkiah, a member of the Brunei royal family. “Expensive home” is pretty much an understatement when it comes to this bungalow.

Of course, most of us will never set foot on these properties, but we can certainly dream of acquiring these coveted houses. Take a trip down to Nassim Road yourself to explore, and who knows? You might be surprised with what you find!

Interested in knowing more about Singapore Good Class Bungalows (GCBs)? Read on to find out what exactly a GCB is and more.

We analyzed 5-10 years of housing data to uncover the best landed property districts that are a great store of wealth.